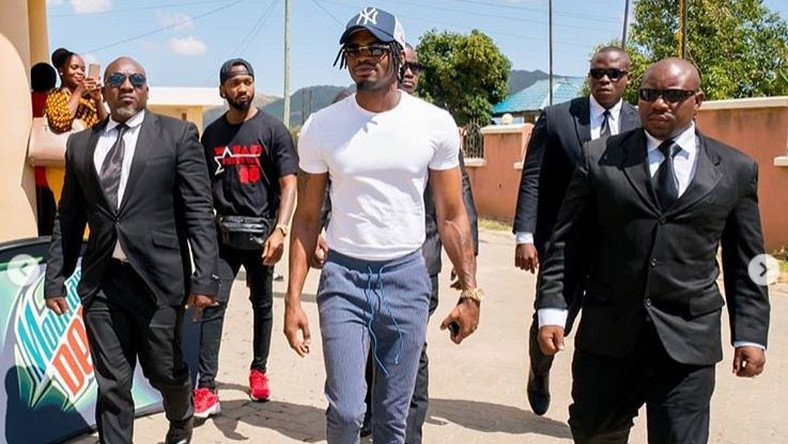 A dramatic scene was experienced during the grand opening of Jamafest in Dar es Salaam where WCB CEO was gracing the event. A die hard fan identified as Diamond Yanga pushed his way though Chibu Dangote’s tight security just to get a hug from him.

The security guarding the superstar dressed in WCB branded uniform had a tough time controlling the fans who were fighting for an opportunity to take a picture with the singer. Only one Diamond Yanga  managed to touch him.

In a later interview, the fan revealed that Diamond is his idol from his instagram username to his hairstyle and sense of fashion. He expressed his love for Simba saying the main reasons he fought his way though is because he wanted to say that he adores the singer. Due to nervousness however, the fan could not spit any word out of his mouth.

Th fan however vowed to never take a shower for it will wipe off Diamond’s body cologne.

A similar case happened days ago when Harmonize was performing for Magufuli among other key personalities. A fan grabbed Konde Gang CEO interrupting his performance.