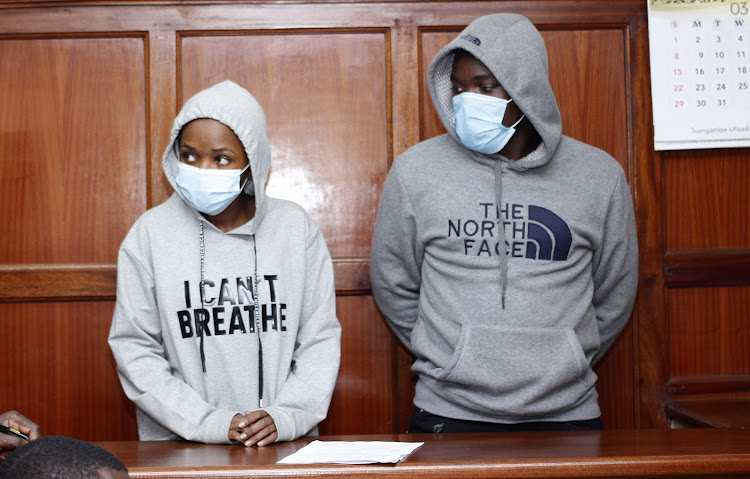 In a rather eventful day at the Milimani Law Courts, two JKUAT students were on Monday charged with conspiracy to defraud a Kenyan bank of over Sh200 million through hacking.

The two Information Technology (IT) students from the Jomo Kenyatta University of Agriculture and Technology (JKUAT) were accused of jointly with others not before the court, conspiring to steal the money from NCBA Bank after they were allegedly caught breaking into the institution’s systems.

It is reported that between October 20 and 22 they managed to make away with roughly Sh24.4 million before they attempted to move another Sh190.7 million from the bank.

Antony Mwangi Ngige, 23, and Ann Wambui Nyoike, 21, were arraigned before senior resident magistrate Carolyne Muthoni Njagi over the offences which they duly denied, but as you realize, that’s beside the main focus of the story.

How did it get here?

Now, this is the part where the whole case gets a bit interesting.

Apparently, as the court was told, it was actually it was Mr Ngige had alerted the bank via Twitter about the systems hitch that he had discovered through NCBA’s mobile app.

Unfortunately, like in most lazy Kenyan institutions, there was no response.

So, the accused “took it upon himself and wrote an SMS to the bank about the anomaly.”

Following the SMS, the bank’s management summoned him on Saturday.

He presented himself and again they were asked to report today (Monday).

However, he and Ms Nyoike were arrested and later brought before the court.

According to their lawyer, it was the communication from Mwangi to the bank about the system anomaly that led to the prosecution of the two, arguing that Mr Ngige is a whistleblower who has now been turned into a suspect.

“It is the first accused (Ngige) who initiated his prosecution process by informing bank authorities that there was a hitch in its system,” he told the magistrate.

The prosecuting counsel, Ms Winnie Moraa, did not object to their release on bond but she asked the court to consider the colossal amounts involved and impose more stringent measures.

So, is it a case of goodwill gone wrong or a good plan nipped in the bud? The case is still on the ropes and we are not sure if the heist is a success or a bust.

More on the case will be mentioned virtually on November 10, 2020, for pre-trial directions.