In a bit of bad irony, the country where this Coronavirus originated is openly discriminating against black Africans, for fear that they will spread the virus to them. This is despite the fact that Africa is the least affected region, with most of its cases imported.

Racism in China is not anything new, and is usually many times worse than what is experienced in America and the West. In its case, the discrimination against blacks is open, vicious and shameless.

Following the Wuhan virus pandemic, the level of discrimination experienced by blacks in China has gone up dramatically with many Kenyans being caught at the centre of it. Some of them are students who got stuck in the country before most international travel was stopped.

For the past few days, they have experienced racism on levels comparable to America in the early 1900s, or apartheid South Africa.

She revealed that some of her friends in Beijing were forced to sleep outside for 3 days after they were denied accommodation everywhere.

While there have not been reported cases of violence, most Chinese citizens are not shy to show open disregard for the black skin. They regularly call police on them for doing nothing wrong.

There are many reports that Africans, some of whom have lived in China for years, are being rounded up and put in mandatory 14 day quarantine. One Kenyan living in Guanghzou who spoke to Citizen TV on condition of anonymity said that she was forced to go into hiding after Chinese nationals came knocking on her doors. “When I heard them coming, I went into hiding. Some of my friends were not so lucky and were forcefully taken away for a 14 day quarantine.”

The slide into widespread racial discrimination by one of the world’s leading power is a big warning to African countries which have heavily relied on aid and invested from China in recent years.

The fact that in 2020, a whole nation can be this incredibly racist, either with full government backing or deliberate inaction is a big red flag.

Using a disease that originated from your own country under dubious circumstances, to bring out an inherent racism is beyond repulsive.

Here is a Ugandan lady speaking up on her experience.

… During a live TV interview, one of the students alleged being denied medical services and access to public transport means. 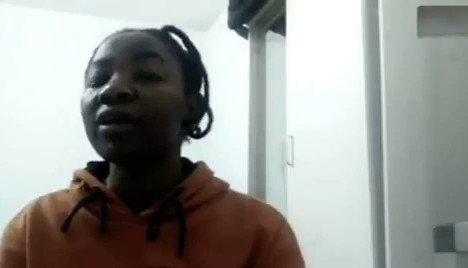 274 people are talking about this

And a Nigerian who was kicked out from his hotel.

Y’all see these Chinese are racist AF, but act like victims when the spotlight is on them its the Chinese virus and no body can tell me sh*t @CNN stop trump agenda and deliver real news, y’all were all anti trump when he says Chinese virus but silent on China saying foreign virus 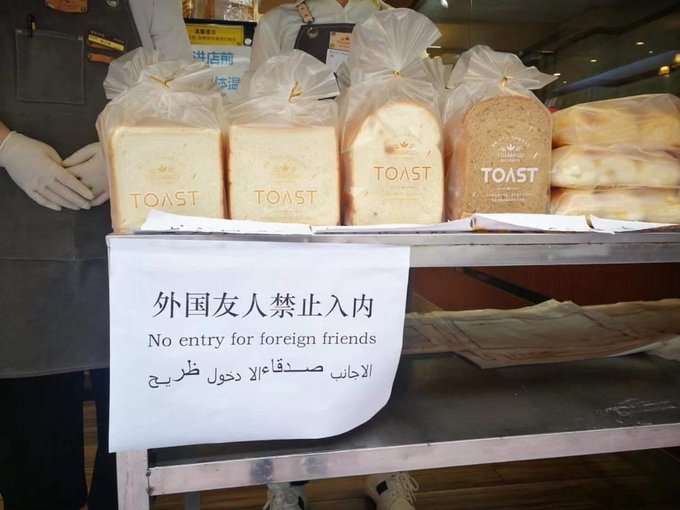 Look how Africans and other foreigners are stranded on the street, evacuated from the street, denied their right to rent a place, so basically China is saying f*ck humanity and racism rules,
African virus they say
Foreign virus they say
Racist twats, y’all been eating scorpions 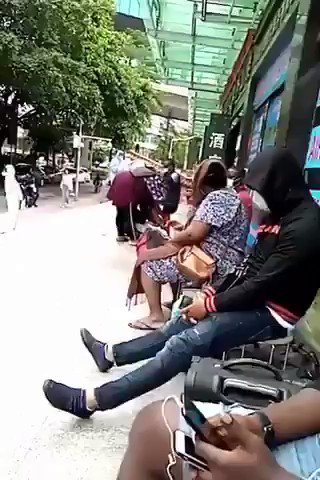 The world is today in economic chaos because of how China handled the Coronavirus, downplaying it and shutting up anyone who spoke up in the early days.

China may be an economic leader in 2020, but most their thinking and way of life is still as backward as it was centuries ago. Eating everything that moves with the thousands of viruses that come with that, known and unknown. In the process endangering everyone on the planet.

Once this pandemic is over, countries all around the world should start asking tough questions and making tough decisions. Japan has already taken a bold move to fund its firms to shift production out of China, and moving forward this might be the way to go for many other countries.

Pascal Tokodi and Grace Ekipara reveal they are...

Watch! How the fight along Nairobi-Nakuru Highway between...